THE ART OF CHANGE

Everyday Rebellion is a cross-media documentary about creative forms of nonviolent protest and civil disobedience worldwide.

What does the Occupy movement in New York have in common with the Spanish Indignados protests or the Arab Spring? Is there a connection between the struggle of the Iranian democracy movement and the nonviolent uprising in Syria and what is the link between the Ukrainian topless activists of Femen and an Islamic culture like Egypt? And to top it off, what do Serbia and Turkey have to do with all this?

The reasons for the various people’s uprisings in these countries may be diverse, but the creative nonviolent tactics they use in their struggles are strongly connected to each other. So are the activists who share these strategies, new ideas and established methods. Everyday Rebellion is a story about the richness of peaceful protest, acted out everyday by passionate people from Spain, Iran, Syria, Ukraine, USA, UK and Serbia. These methods are inventive, funny and sometimes even aggressive. And the activists who use them believe that creative nonviolent protest will win over violent protest – and they are right. Nonviolence has scientifically been proven to be more effective and successful than violent protest. And the users of nonviolence are feared because they are rapidly changing the world and challenging dictatorships as well as global corporations.

Everyday Rebellion is a tribute to the creativity of the nonviolent resistance. The project studies the consequences of a modern and rapidly changing society where new forms of protest to challenge the power of dictatorships and sometimes also global corporations are invented everyday. Everyday Rebellion wants to give voice to all those who decide not to use violence to try changing a violent system. Because, as Ghandi said: “First they ignore you, then they laugh at you, then they fight you, then you win.”

CINEMA FOR PEACE
Most Valuable Documentary 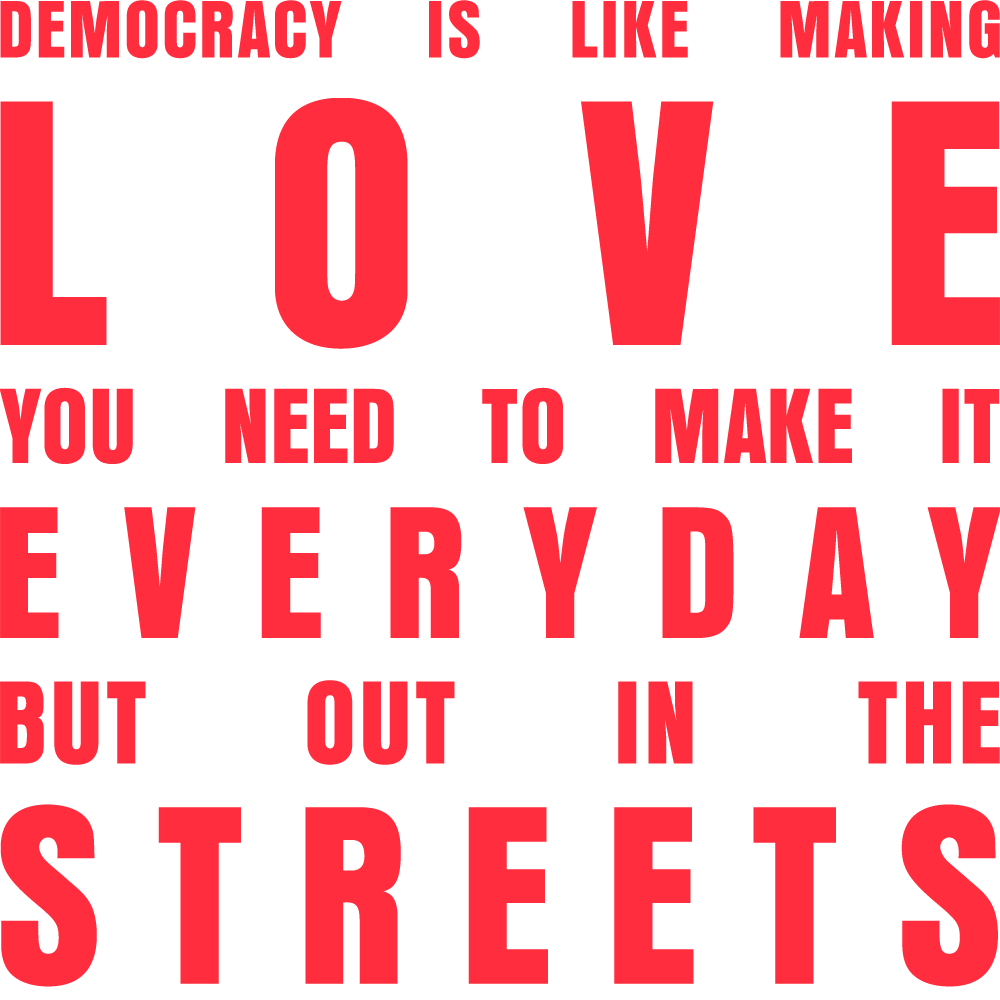 »It is the beginning of a process. At some point they will understand that nothing is wrong with us, but with society, with the system.« – INNA SHEVCHENKO

»One of the top ten future visions of humanity.« – DAZED & CONFUSED

»A cheerful and intelligent film, serious and worthwile but still humorous, proving it is the smaller, more personal stance that may ultimately make the bigger difference.« – THE GUARDIAN

»A striking documentary that shows that non-violent forms of protest and civil disobedience can change the world, Everyday Rebellion is made with grace and insight. It gently underscores how violence isn’t the only answer...« – SCREEN INTERNATIONAL

»Everyday Rebellion is a historical document, but also a plea for an utopia.« – AUSTRIAN FILM COMMISSION

WITH THE SUPPORT OF